Son of a Widowed Mother

(Figlio di madre vedova)
A dramaturgical construction on the sofoclean tragedy of Oedipus and Jocasta. 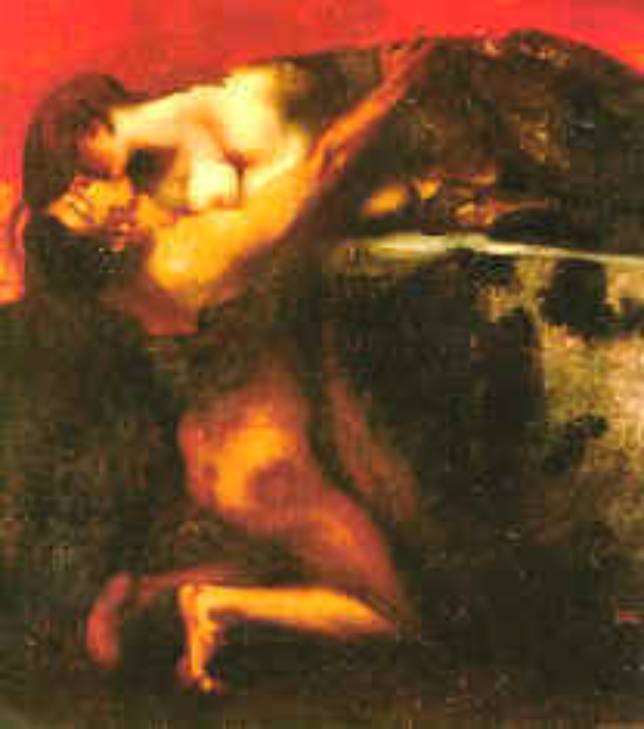 In 2000, at the Teatro Piccolo Eliseo in Rome, a dramaturgical construction on the sofoclean tragedy of Oedipus and Jocasta, entitled Son of a Widowed Mother, written and directed by Fabio Grossi, was presented.

The question that arose in the reading of the tragedy of Oedipus and Jocasta, told us by Sophocles and Lucio Anneo Seneca, was: – May Giocasta know everything from the beginning? May the instinct of a woman, and especially of a mother, lead her to suspect everything, and may the “complete” love she felt close her eyes for the opportune convenience of the situation?

With the help of translations by Giuseppina Lombardo Radice for Sofocle, and Vico Faggi for Seneca, we wanted to build the story of our protagonists under the optics of this cognizance: by intersecting, according to the appropriate use, Seneca’s prose with Sophocles’ verses, we wanted to read the serious conflict of Oedipus as inner torment, depicting the various characters of this tragedy as the various facets of the soul of our protagonist. We thus find Creonte, antagonist on the scene, as antagonist to Oedipus’ soul: the classical struggle of dualism, between good and evil, which sees exile as comfortable resolution, which in this plot is to set aside the disturbs problem, confining it to the bottom of our consciousness. It will relentlessly return to the surface, vehemently and painfully, as the famous proverb says: lies have short legs, so sooner or later they will come!

Tiresia, the blind clairvoyant, in our reading represents the subconscious, the hidden truth, which slowly goes ahead supported by good intentions (the child on which the old blind leans) and then explodes with its whole effectiveness. A truth that will prove, though initially rejected, very painful.

Jocasta will be from time to time “prompter” of Oedipus, “consoler” of her husband, “accuser” of her son. A great figure of woman, wife and mother, she is used in this reading as Deus ex machina, giving to her the line belonging to the old servant Polybus: – Do not be afraid of vain things: Merope is not your true mother! –. She will kill herself as soon as she becomes aware of the failure of her love: when Oedipus calls her “Mother”; therefore no longer a woman as such, but with a defined role, a role in this case prodrome of the tragedy. But she will return, she will return as Antigone, her daughter, to complete a cyclical path: