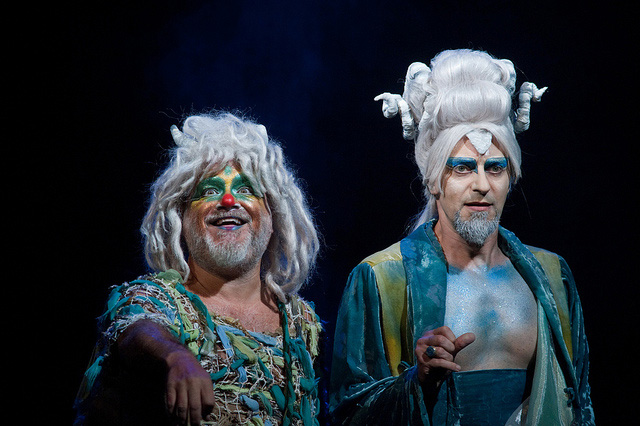 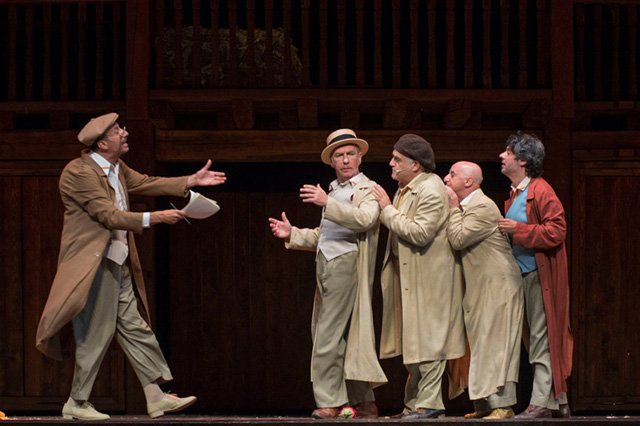 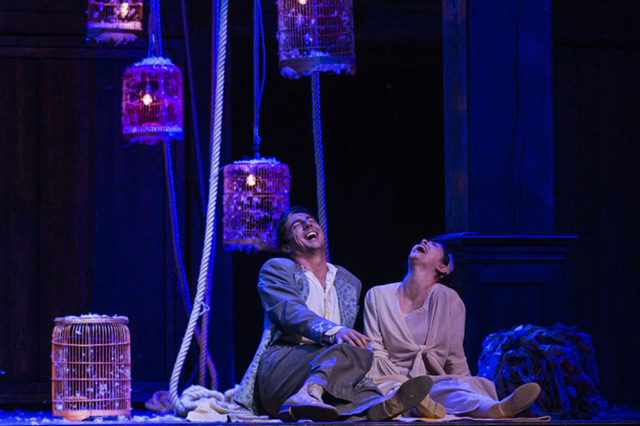 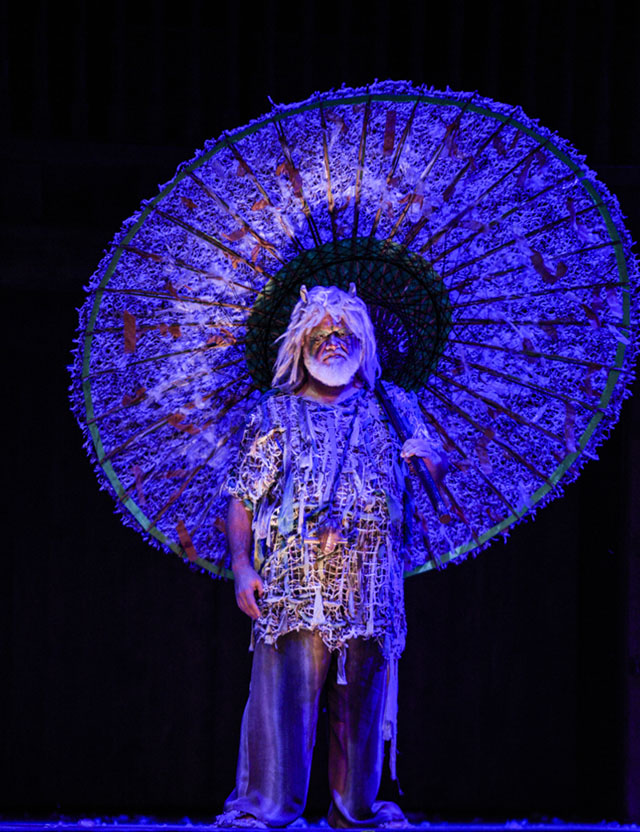 The midnight night is a magical night, and the title immediately reveals the dreamy, unrealistic atmosphere, though, as stated, the night in which much of the action is performed is the Kalends of May, the celebration of the awakening of the nature in spring and not in summer. It is, however, the wish of a joyous awakening. But is that so? Three worlds contrast: the world of reality (that of Theseus, Hippolyta and the court), the world of theatrical reality (craftsmen preparing for their performance) and the world of fantasy (that of spirits and shadows). But dreams can sometimes turn into nightmares: the disagreement between Oberon and Titania bringing at some point a terrible derangement of the seasons, the relationship between Theseus and Hippolyta, the conqueror and his prey, the brutality of certain insults that lovers make each other under the influence of Puck’s magic.

“A Midsummer Night’s Dream”, written for a wedding, is like a set of Chinese boxes. Outside the work there are the bride, the groom and the audience, within the couple, Teseo and Hippolyte, Titania and Oberon and the four lovers and in the work inside the work, the theatre, the story of Piramo and Thisbe. In this hex world the whim dominates, the despotism of Oberon, who through Puck plays with the mortals and with Titania, to impose his domination. The violence on Titania is accomplished, the same violence that Theseus exerts on Hippolyta and that Aegean would like to do on her daughter forcing her to a marriage she rejects. Notice the sequence of exchanges between lovers. It begins with Hermia who loves Lysander and with Helena who loves Demetrius, but the latter with the support of Egeus, her father, wants to win Hermia instead. Through Puck’s “magical” intervention, we get to the point in which Hermia follows Lysander, Lysander follows Helena, Helena follows Demetrius and Demetrius follows Hermia. And it’s not over. Because Hermia, whom the guys both first aspired to win, will be abandoned by them, eventually both in love with Elena, and only in the fourth act after a new Puck’s intervention, there will be a conclusion where lovers will actually make up two couples.

Shakespeare’s greatness is in being able to engage three different worlds, each with its distinct language: that of fairies that alternates verses, songs and rhymes, that of lovers dominated by love lyrics, and that of artisans in which the daily prose is interrupted by the clumsy parody of the aulic verse.

The world is crazy and crazy is love. In this great madness of nature, the moment of happiness is short. A reminder of the melancholy that accompanies the whole affair.