Think It Over, Giacomino 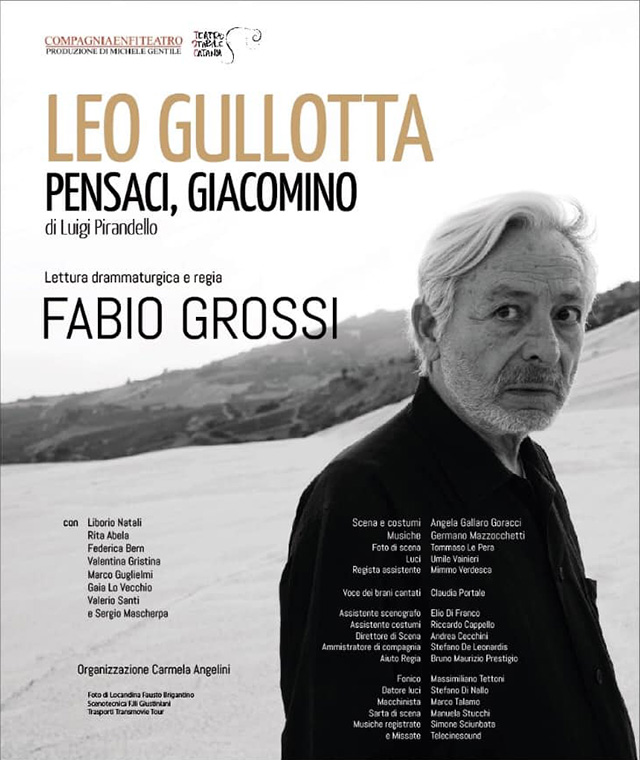 “Think It Over, Giacomino” was born as a novel in 1915 and then had its first theatrical edition in 1917. All the Pirandello’s arguments, clichés, axioms are present in this work. A text of condemnation of a vulgar and charlatan society, where the game of slander, desecration and bigotry is always ready to be performed. With and from these characteristics the text is configured as current, contemporary.

The story tells of a girl who, pregnant by her young boyfriend, doesn’t know how to carry on this pregnancy: Professor Toti thinks he can help by asking her as a wife and then allowing her to live out of his pension, “for at least fifty years”, the day he will not be there anymore. Naturally, civil society will turn against this decision even at the expense of the little child that in the meantime has come to the world. A civil tragedy that is configured, thus, in all its morbid vehemence.

There’s a Pirandellian final full of bitter hope, where the young Giacomino will become aware of his being a man, of his being a father and will go away from that house that keeps him prisoner, to live his life with his son and the young mother. From here we can see Pirandello’s thoughts towards a society that was then misogynist, opportunist and boorish. It tells of a State which is a stepfather to its own citizens, above all to teachers, underpaid and mistreated. Great beautiful quality of the Nobel Prize winner from Agrigento in predicting the future of a society, and as Giovan Battista Vico said “historical courses and recourses”, which means that nothing changes, nothing is transformed and everything returns: still today they wear their usual greasy rags. A society then read with the monstrosity of oppressive, present, determining, disqualifying giants.