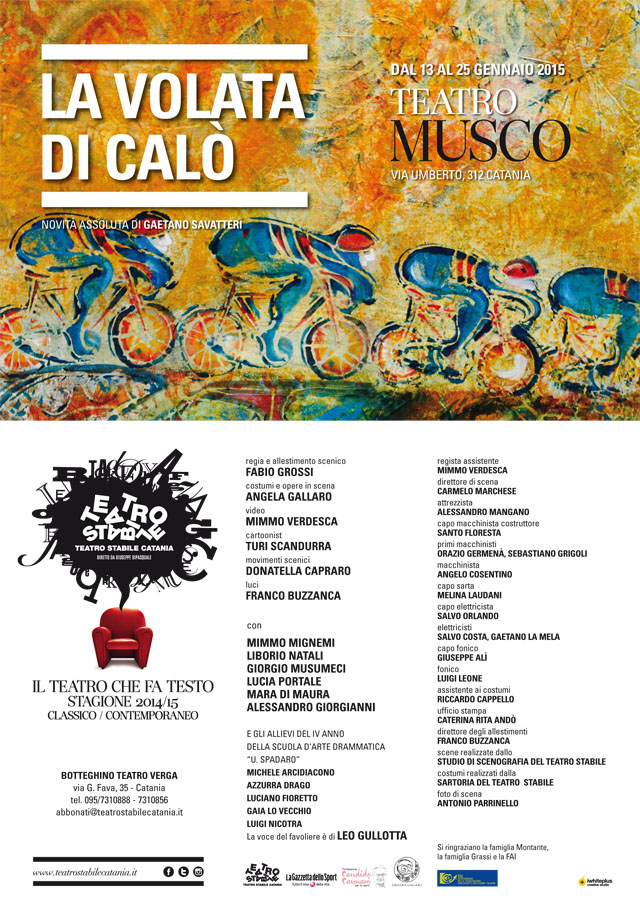 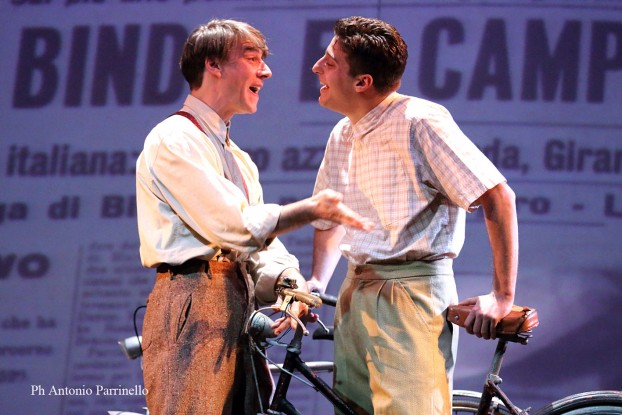 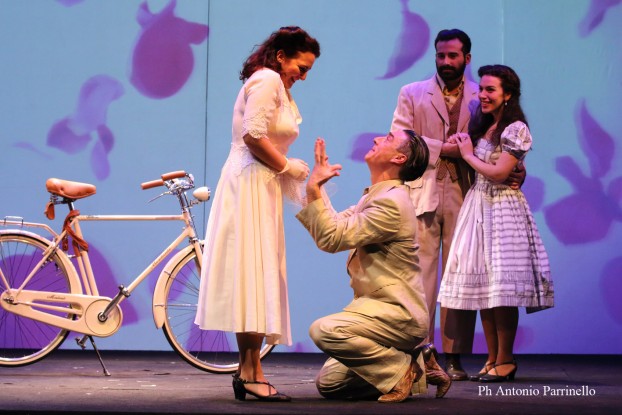 This novel by Gaetano Savatteri tells the story of life – that sounds like legend – of Calò, Calogero Montante, who meets Camilleri in 1943, in a Sicily that knows closely the devastation of the war after the landing of Anglo-Americans.

The encounter between the two characters never really happened, but an object links their lives: a “Montante” bicycle. In the summer of 1943 Calò fought on the Yugoslav front while Camilleri, who hasn’t known about his father for fifteen days, ventured with his cousin Alfredo in a fifty-five kilometers long march from Serradifalco to Porto Empedocle by pedaling on his aunt Concettina’s “Montante” bicycle.

At the beginning of the century the only way to escape from Sicily is America, where migrants flock at Ellis Island Customs to be registered: among them the seventy-one Montantes from Serradifalco. But little Calò was lucky: he was born into a wealthy family of landowners who, unlike their relatives, were not forced to abandon their land in search of fortune. Calò grew in his uncle’s blacksmith workshop where the echo of the great protagonists of the first cycling Tours of Italy comes: Binda, Guerra, Girardengo. Then he decided to build a bicycle for himself: «It was a dream that I carried from childhood. It was hard times, the bicycle was a means of transport for few wealthy people. Not to mention a racing bike… But my passion was too strong, so I built my first “Montante” bike to run my first race».

In 1926, Calò planted racing bike factory in Serradifalco, in Via Dante, competing with the legendary Bianchi bicycles, on the market since 1885, official supplier for Real Casa and an official participant at the Giro d’Italia. Beginning with bicycle frames, Calò begins to be known and takes part for the first time at the Giro di Sicilia with a team of eight riders, including himself, with the costumes made by a seamstress from Caltanissetta. Calò sais: «The roads were not like nowadays, they were made of clay, dirt, with the constant risk of piercing and falling. Sometimes we stayed out for days, we moved to Agrigento, carrying only the necessary things: a raincoat, a pair of extra shoes and underwear. To eat we brought some bread and found some fruits in the fields, like prickly pears… We slept under the stars, embracing our bicycle».

Thus began Calo’s long sprint as an entrepreneur. He travelled around Italy for the supplies of his bicycle parts, succeeding in getting the first contracts for the Regi Carabinieri who appreciate his well-finished, resistant bicycles, entirely made in Sicily. In 1940 the war broke out and everything stopped. In 1956 during the tiring post-war reconstruction, the Montante became a well-established industry.

In 2000 Calò died ninety-two years old: an example of modern and heroic entrepreneur for that piece of Sicily in Serradifalco, that, as Savatteri writes, «lays inside a criminal map triangle with such villages as Riesi, Villalba, Mussumeli where families linked to Cosa nostra, like Calò and Vizzini, lived and dominated. Well, the fact that he did not look for mafia protection in those years seemed to me enough to make the story of Calogero Montante a story of little heroism. The story of a man who gets to a late age… trying to be honest with dignity».